23rd October is World Snow Leopard Day, a day to celebrate this magical, mystical, majestic but endangered cat and help raise awareness for its protection and conservation.

Sadly the beautiful snow leopard (Panthera Uncia) is facing a number of threats, one of them being poaching.

Between 2008 and 2016 alone, one snow leopard has reportedly been killed and traded every day - 220 to 450 cats per year, probably more. Snow leopards are hunted for their fur and bones. (https://snowleopard.org/the-threats/)

Climate change also poses a threat due to the loss of habitat and prey.

Check out the Snow Leopard Trust website to find out more.

This is stunning art from The Snow Leopard Trust Instagram account that is being virtually auctioned to help raise money for the protection of snow leopards.

And now to our Caturday Art! Mum wanted to make me look like a snow leopard. Well, obviously she failed so she went for this blueish cold wintery themed art filter instead. It's actually Cyanotype, which looks great! 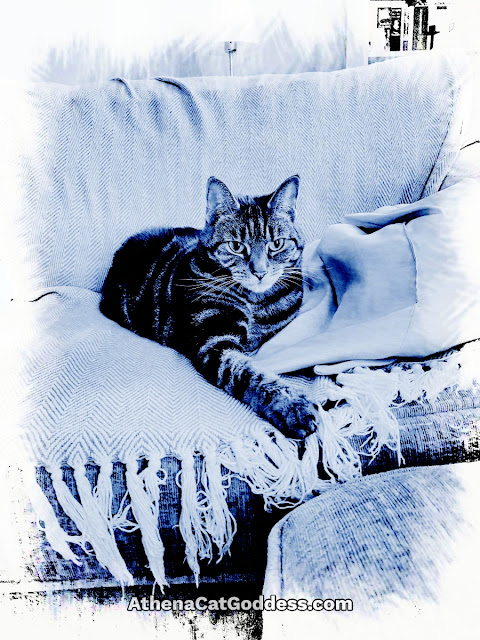 .
And this pen art is quite wintery too. 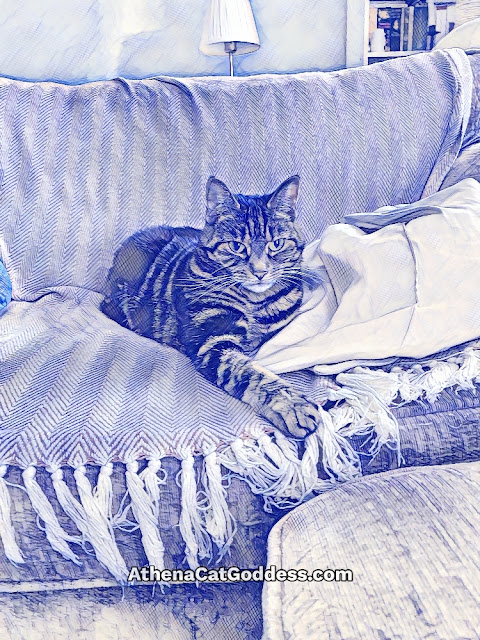 This grunge filter is cold and blue looking. 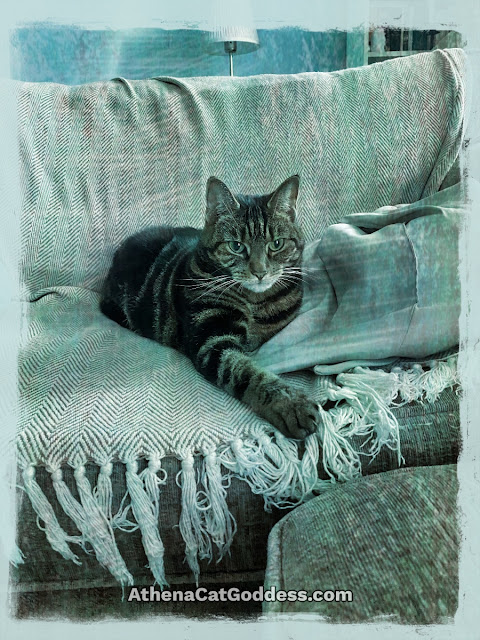 And of course here is the original to compare 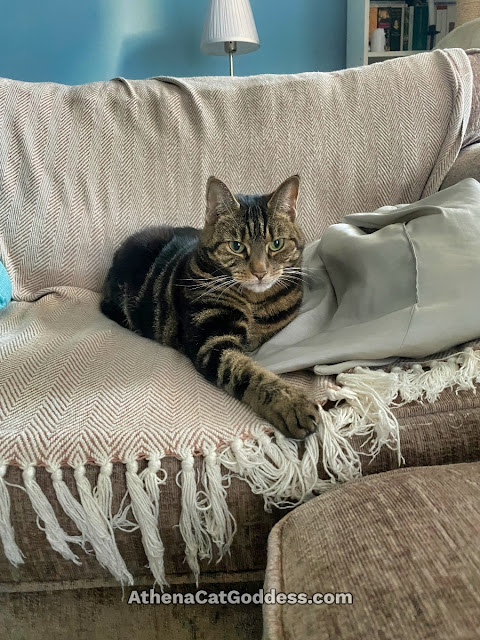 And here is a jigsaw for you too.

Mum wrote a novel that features a snow leopard back in 2014. The Snowflake Pendant is available from Amazon as a kindle ebook or paperback. 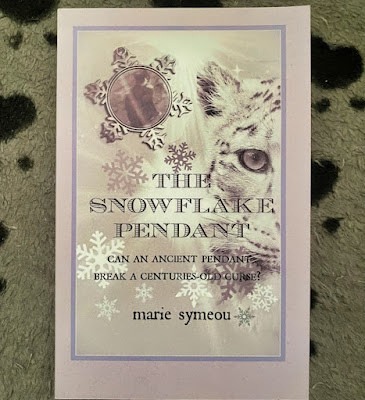 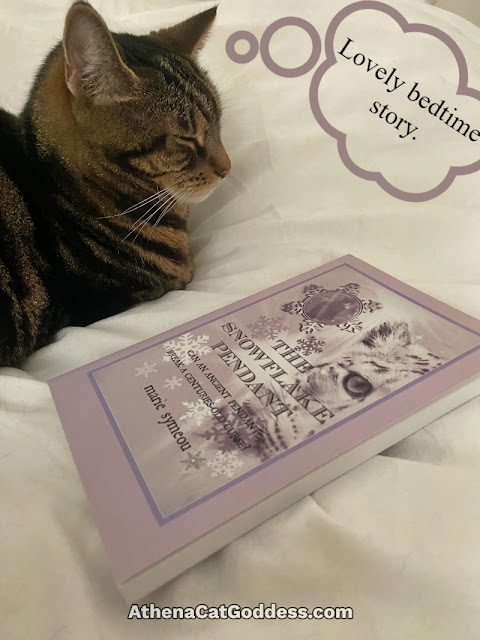 Snow Leopards are beautiful and so are you sweet Athena.

I have many photos of the Snow Leopard at the Toledo Zoo, when I visited a few years ago.
Beautiful, and worth preserving.
You are beautiful too, Athena!

They are magnificent💗You make a beautiful snow leopard too, sweet Athena😸Double Pawkisses from us to the both of you🐾😽💞

Cyanotype is pretty, but I Like them all. How sad about the snow leopard. They are such beautiful creatures. Thank you for hosting and for the puzzle. XO

The Snow Leopard is beautiful. Your artwork is too! Thanks for the puzzle.

the Snow Leopard is stunning. We like your artwork too.

I love your bluey cat photo. I've printed with cyanotype before and it reminds me of that very much. Thanks for the info on the snow leopard. Between the human confiscation of any natural lands we can populate--and I don't know how we could give it back -- maybe build up instead of out and put aside more land as preserves?, global warming and other factors, it's getting very difficult for a lot of species. Have you heard of the rusty-spotted cat aka prionailurus rubiginosus? It's a tiny wildcat whose population is dwindling but not as much as the snow leopard. I thought you might be interested in them.

Cactus Catz - Just looked it up. What a beauty!

Snow leopards are such beauties...and your art is amazing too!

Snow leopards are amazing, and it is terrible what humans have done to their numbers. Athena, you sure look beautiful today.

The snow leopard is beautiful. And so are you, Athena - though We can't decide which of your pictures We like best.

Mummy will look out for that book.