Why Do Tabbies Have the "M" Marking On Their Foreheads?

As a little kitten, my M marking on my forehead was pretty striking, as you can see from this picture. 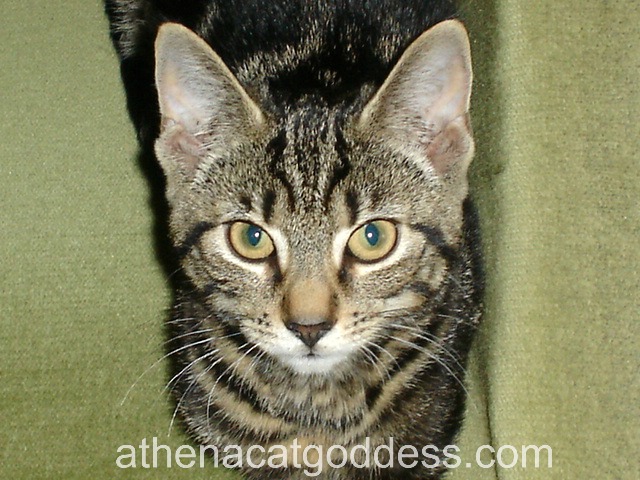 It's still there now of course, and I am very proud of it, as all tabby cats should be. But what exactly is it, and where did it come from?

As I am not the only tabby that has this distinct marking, I don't think it stands for Marie (or Mum). But there is a story that it does stand for the Virgin Mary. And Mary is a variant of the name Marie, isn't it? Now, the story goes that there was a cat and her litter of kittens in the stable when Jesus came into the world, and as his mother Mary stroked it, she left the "M" marking on the cat's forehead.

However, there is another version of the origins of the tabby "M" marking. The "M" is said to have been left by the Prophet Mohammed as gratitude to his favourite tabby cat, who was named Muezza. This cat had once saved him from a venomous snake, and legend has it that when the prophet was called to prayer and went to pick up his robe, Muezza was asleep on the sleeve. Rather than disturbing the cat, Mohammed chose to cut off the sleeve and let the cat enjoy his nap instead. When the cat awoke, the prophet marked his forehead with "M" and since that day all tabby cats have that marking.

But cats go back further than that. We know how the Egyptians just loved us and worshipped us (some of those are reborn today, I think, in our own mums and dads and humans. Mum and I certainly shared many lives together, and there is bound to be a few ancient Egyptian ones in there!

The ancient Egyptians called cats "Mau" - probably because it sounds like "meow". So this too can be why us tabbies have this amazing marking!

So what do you think the M stands for?

How about Magnificent? Magical? Mystical? 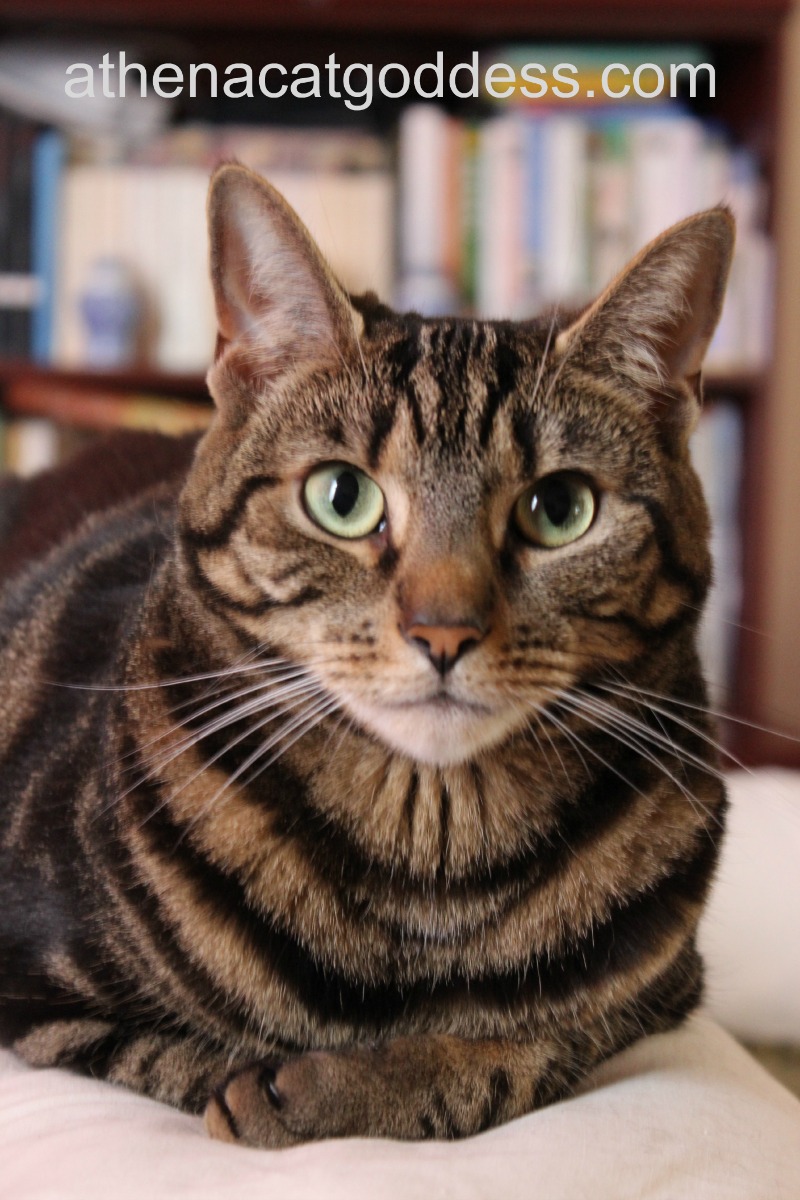 We knew the story of Mahomet ; maybe is the M for meow ! Purrs

Me and Crockett da M - I think it are for magnificent!

Weez not believ in eever story, but weez all hav diffewent ideas.

We didn't know there were so many stories about the M. All three of us have Ms!

I have always believed the story of Mary at the nativity.

We think it stands for Magnificent and Much-loved! :)

We all have the M in our house too! It must stand for Magnificent!

Me and Zoey have the M on our heads. We've heard these stories. We think the M stands for Meowvalous!

We were going to say exactly what our friends, The Island Cats, said as well as all the things you suggested. Every photo of you shows just how stunning you are. Amazing. XOCK, Lily Olivia, Mauricio, Misty May, Giulietta, Fiona, Astrid, Lisbeth and Calista Jo