Sunday Selfie and My Trip To The Vet 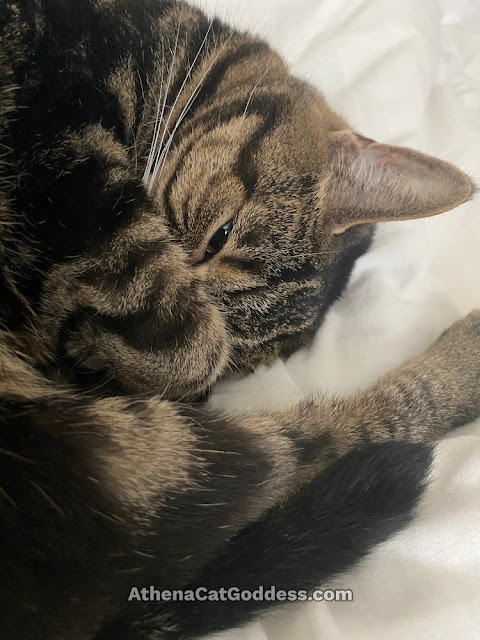 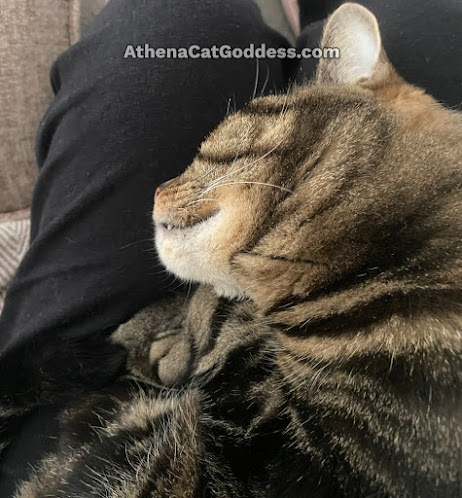 Safe and comfy and loved on Mum's lap 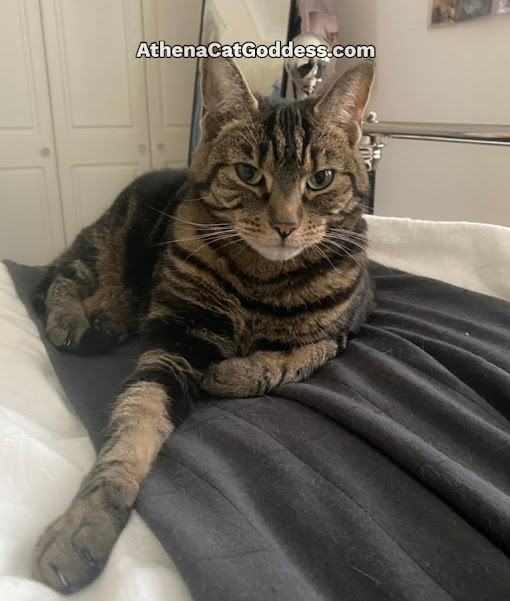 Taken yesterday after my afternoon nap 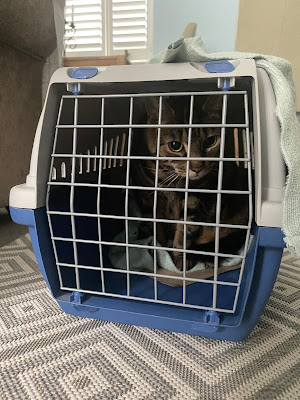 Tricked and trapped, waiting to be taken to the vet 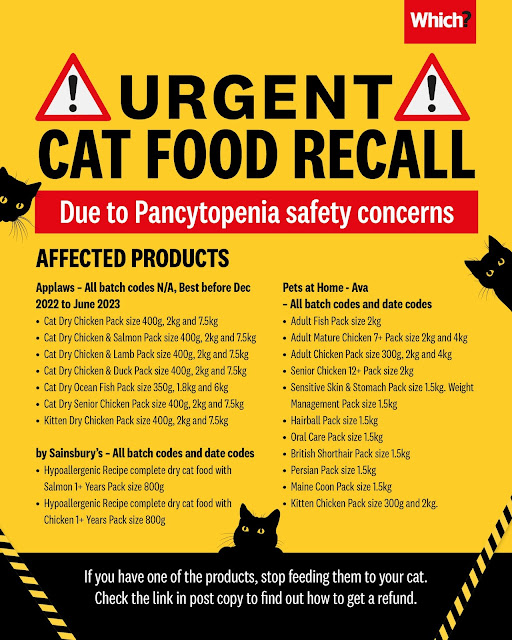 We sure sweet Athena will be fine, she loves you dearly too. Hugs from all of us.

We are so sorry to read this, as we also feel awful for the animals and the people who love them who were affected. This happened in the US in the last 15 years or so. We send purrayers and Power of the Paw to all of them and to you, and are glad Athena seems to test out ok.

My human did see a news item about the contaminated food in the U.K. and was horrified by it. Paws crossed, but I think Athena is okay. In any case I am sending lots of purrs to both of you, because at the very least this is an extremely traumatic incident.

That is so sad that someone would want to harm cats. I hate most humans too. I am glad Athena's bloodwork was normal. I will be praying that she is fine. XO

This is so sad. I’m sure Athena will be okay, especially since you had her checked over and her blood test results were normal. If this was something that was intentionally done, I hope they catch whoever did it.

THat's really upsetting! We are glad that Athena's blood test results came back fine. We are purring and praying that she will be 100% healthy.

Oh Miss Marie, purrlease try not to worry yourself sick. Remind yourself that you are doing everything you can by getting her checked at the vet right away, removing the suspected foods from her diet, and by keeping a close eye on her every day to identify any changes in her behaviors. I will cross my paws that she stays healthy.

Oh Marie, I am so so sorry you have been going through this. It is frightening to the extreme. Thank God her blood test came back fine. But the fright has been so terrible for you. XOX

Thank you everyone for your comments and purrs and prayers xx

I think you'll be fine, Athena. When you had been poisened, your mommy would have noticed much earlier and your blood is okay, so hold on to that. The people (the elite) your mom is talking about are only want to make the people scared, because of other reasons. Keep your strenghts, Mary, don't let them take away your power. We know you can do it! And we're Purraying for you sweet Athena, and send Healing Pawkisses to the both of you🙏🐾😽💞

This is awful, and I'm right there with you, Marie!
I did not know about this; it's just too freakin' sad.