How Domestic Cats Spread Around The World: Part 1

Want to know how domestic cats spread around the world?

Mum has been researching this subject and has come back to me with these facts:

For two millenia, we domestic cats remained exclusive to Egypt. Yes, that's right. No one else was allowed to "own" us and any export to other lands was banned. You can guess why, though, can't you? We were so worshipped and revered that Egyptians only wanted us for themselves.
But come on, I hear you ask. How can anyone tell a cat what to do and where to go? Well, some cats (mostly wild ones or semi-wild) did in fact get to travel across land and water into other regions.

Also, along came humans with their trade and transport and so we would end up going with them. Either by our own accord (sneaking on board a ship, probably on the hunt for food and prey), or by these traders who saw us as vermin control. And so we did our business and got travelling with these people across the seas and trade routes, finding ourselves in places like Greece, Turkey, and the Middle East, and even across to Europe. Oh yes, we spread our beauty and wisdom far and wide.

Just imagine if all this didn't happen? Can't bear thinking about, because for one thing we would not have been able to meet our devoted humans, who again choose to worship us. Amazing, isn't it?
Perhaps these humans shared lives with us in ancient Egypt?

Anyway, back to facts. It seems that it was 2,500 years ago when seafarers and mariners started
transporting cats. We were smuggled on board and carried away for sale or exchange on commercial ships along the sea routes of Spain, Italy and other Mediterranean islands. After we reached Rome, we were carried even further throughout Western Europe and soon become widespread through Britain (I wonder if I can trace my own family tree back to these cats). All was fine until those horrendous Middle Ages came along. But I shall leave this part until next time. 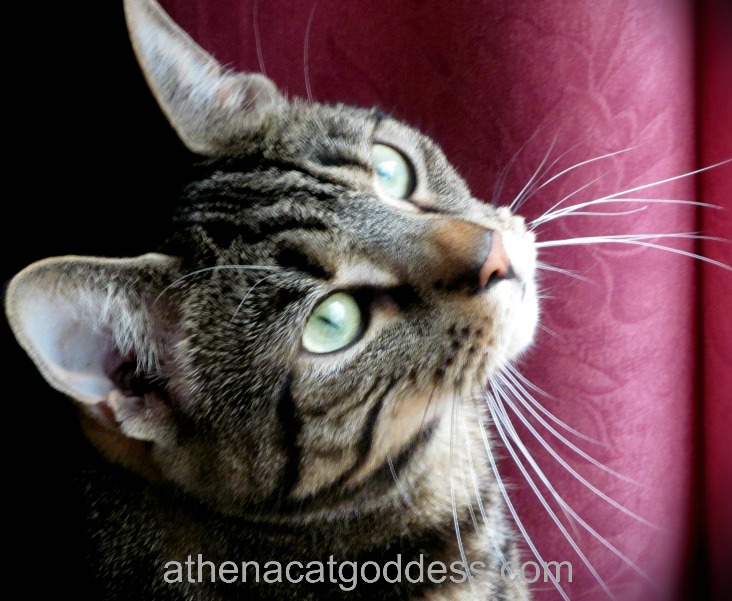 Gweat posty Athena. Weez glad kitties got twansported too so we kuld be born in da U.S. and meet ow mommy.

That is pretty amazing that we kitties were once only in one little part of the world! Of course, we used humans as our means for World Domination... Sparkle would have been proud to know this.

We can't wait for the next installment!
Love,
Lola and Lexy

I sure am glad cats ended up in America :)