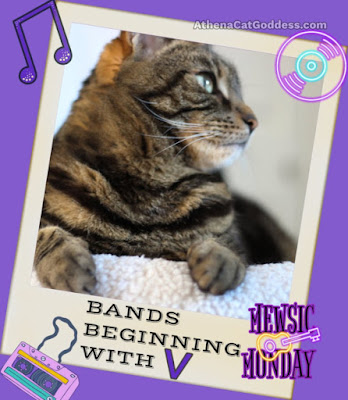 So we are almost at the end of our fortnightly alphabetical countdown of bands and artists that have recorded songs that Mum has liked over the years. She is a major fan of some of the artists we've featured so far, but some others she may not be a fan of but might just like a song or two of theirs.

So here's The Verve. I don't remember the Nineties much because I was drunk most of the time. This is a great track, released in the summer of 1997. Sadly, it will always remind me of when Princess Diana died.

You wouldn't have heard of this artist because well, it's a recording project put together by myself and my brother John. We started it over twelve years ago. It's mostly his music project and I recorded some lead and backing vocals. We've no plans to start it up again, though my brother continues to write his own music. As for me, I have enough to keep me busy with all my blogging, writing, art, photography and animal advocacy ☺ 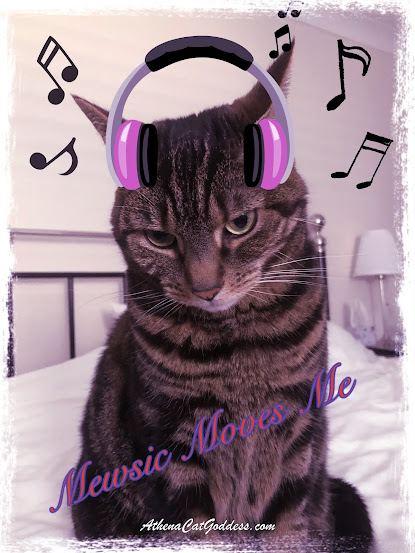 Oh my you're a star. Who knew? Your brother is handsome and you're beautiful.

Excellent Bands and excellent songs! And Athena, you rock the headphones! Have a purrfectly marvellous Happy Day!

V is a tough one. These groups are new to me. XO

oops... hit enter before I finished my thought.

I couldn't think of any bands that started with "V", but you found some. Cool tunes by you and your brother.

At first glance I recognized the first band, The Verve but it was the second group I didn't recall. That's when I read this was your brother's band that you were a part of which I thought was super cool. I'm glad to read that he's still writing music, too. I enjoyed both of these arrangements. Is he having any success in the industry? Maybe, he needs to get some exposure on one of the TV singing shows like X-Factor or The Voice or whatever you have over there. Thanks for sharing and for hitting the 4M dance floor, darlin' furriends. Have a boogietastic day!

It's interesting, and enjoyable, your brother's musical project. I haven't heard that Verve song in such a long time. For "V" bands, I am thinking of two right off - Velvet Revolver (love their songs Slither and Dirty Little Thing)and the Violent Femmes.