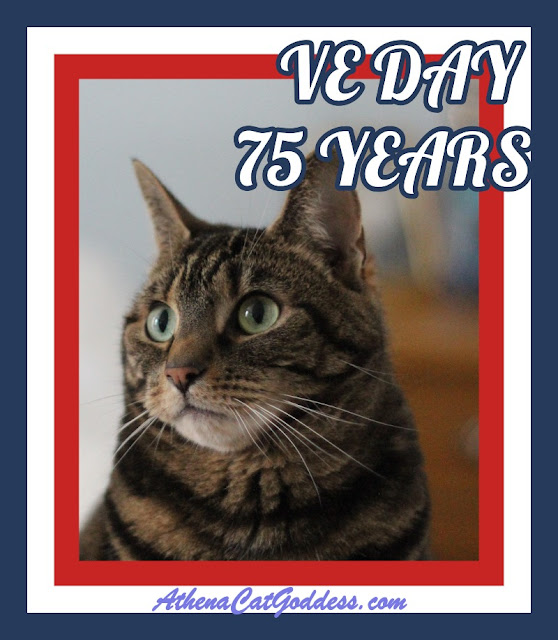 What is VE day?

From the BBC:Victory in Europe (VE) Day on 8 May 1945 saw Britain and its Allies formally accept Nazi Germany's unconditional surrender after almost six years of war.
At 15:00, Prime Minister Winston Churchill announced on the radio that the war in Europe had come to an end, following Germany's surrender the day before.
Spontaneous celebrations broke out across the country and the Queen, then Princess Elizabeth, and her sister Princess Margaret, ventured out with a group of friends to experience the excitement in London.

Of course, with social distancing still in place here in the UK, people will hopefully be celebrating safely from home.

We will be watching it all on telly!

We are also joining 15andmeowing and Four-Legged Furballs for 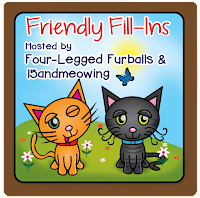 MARIE
1. I just finished drinking Raspberry Leaf Infusion tea.
2. I am hoping to start dieting again (at least I have to cut down on eating chocolate)
3. Being a cat mum is my idea of success.
4. When I can't sleep, I go downstairs and watch some Netflix, Amazon Prime, or Walter Presents on All 4. I am quite addicted to international drama - mainly Scandinavian, though I've seen some excellent French, Dutch, Russian, and Spanish TV too.
ATHENA
1. I just finished having a bath and now I'm gonna nap.
2. I am hoping to start spending more time out in the catio now the weather looks like it's getting warmer.
3. Having a human mum that does everything for me is my idea of success.
4. When I can't sleep, I annoy Mum and won't let her sleep either. She says I'm a naughty kitty but she can never stop spoiling me!


We are also joining Comedy Plus for


Athena Cat Goddess is a participant in the Amazon Services LLC Associates Program, an affiliate advertising program designed to provide a means to earn fees by linking to Amazon.com and affiliated sites.

Happy VE Day indeed! Have a lovely day and a great weekend!

Happy VE Day!
We have put Union flags up along our wooden fence so people walking along the lane will see them as they pass.

Church bells will peel today at 2 pm, in honour of VE Day.
We've lost so many of our WWII veterans now; we must not forget their sacrifice.

Happy VE DAY!Thank you both for participating in the fill-ins, great answers. I consider being a cat mom a success too. I wouldn't want to be anything other than that. And Athena, you are a sweetie, I am sure your mum doesn't ever get mad at you even if you keep her awake. Have a nice weekend. XO

Love both your fill-ins and especially Goddess Athena's. Being spoiled is a good thing.

Those were really good answers and we wish you a Happy VE75!

Happy VE day to you!

Happy VE Day. Grampa fought in that one. It's amazing how many of us cats keep our humans up when we can't sleep. HAH!

Happy belated VE Day! And thank you both for joining in on the Friendly Fill-Ins! We really like how you both answered #3. There's nothing more rewarding than a happy cat in a happy home, is there? Purrs!