Mum and I are celebrating Rock Music today and joining Mary at JingleJangleJungle for the Rocktober Music Fest.

Here are the most classic and iconic rock songs of the 1960s, which is Mum's fave decade She says that the Sixties were sure swinging and rocking with the bestest rock songs and it was also the beginning of metal. Yeah, Mum is a bit of a metalhead as well. Luckily, she plays heavy metal in her headphones mostly so she doesn't bother me. I don't mind some of the following songs though. They are quite good tunes. Quite energetic for the mad half-hour at bedtime! 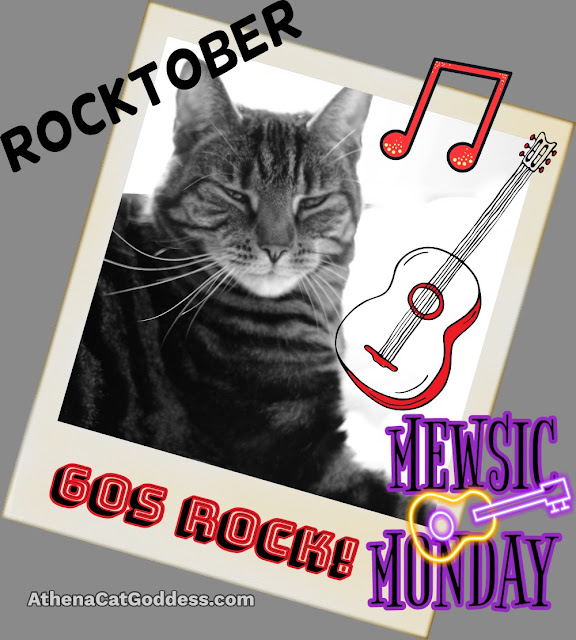 THE KINKS - All Day and All of the Night

THE DOORS - Light My Fire

THE ROLLING STONES - Sympathy For The Devil

THE WHO - My Generation 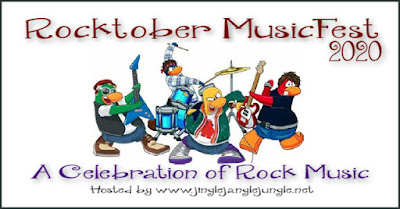 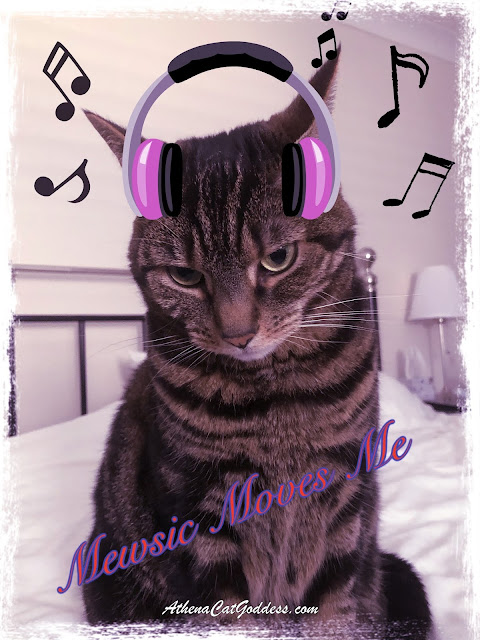 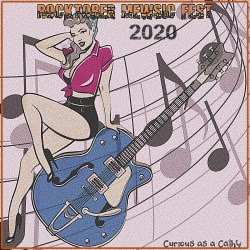 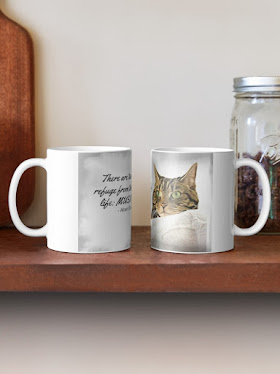 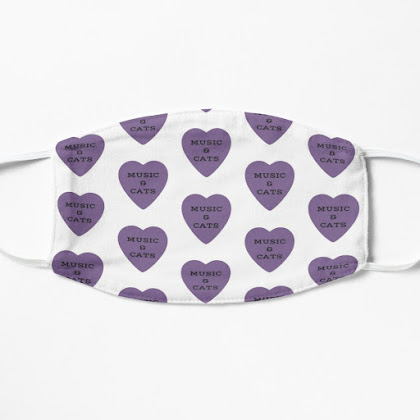 Masks sold on Redbubble are for general public use only and are not intended for use in medical settings. More legal info here
Athena Cat Goddess is a participant in the Amazon Services LLC Associates Program, an affiliate advertising program designed to provide a means to earn fees by linking to Amazon.com and affiliated sites.
Posted by Athena Cat Goddess Wise Kitty at 10:49

Our mom isn't into heavy metal at all. She does like Fleetwood Mac. Mostly we have the radio on playing 80's music around here.

I'm not a heavy metal fan but on occasion I can listen to some. I'm always open to the introduction of any mewsic genre. You decade of rock mewsic is excellent. I love 60s songs! I was born in 1961. I grew up hearing these songs. I believe you were born in the mid-60s if I remember right maybe even the same year as my baby brother 1966. The 60s was a great if nothing else for all the wonderful people born that decade, right? lol Thanks for sharing the dance floor with the 4M crew, my dear. Have a boogietastic week!

Wow! That was really interesting to see Fleetwood Mac from 1969!

I am really loving your playlist today

You're so beautiful, Goddess Athena and you and mom do such a great job on your playlists each Monday.

We like all of those and we actually knew all of them!

All great choices. You surprised me though as I thought you would go with the 80's. :) XO

Great Rock mewsic, Athena and Marie. Granny loves the sixties too, but she has never heard about that song of the Beatles. That was pawsome! 😺Pawkisses for a Happy swinging Monday🐾😽💞 Btw the video is awwdorably cute💗

Great tunes,not up to posting musis today,and it may be a while before I get that back,having trouble dealing with a pending loss.more about it on my Facebook page michael j golch too.

I thought I was here, but just in case I wasn't HI!!!! Well, you have really ROCKED THE HOUSE today for sure with some great GREAT TUNES! You're kitty is he/she a he or she? I have a poor memory anyway... no biggy! I've been looking up on-line in how to exercise my brain to make it better. I use to have a great memory, but I think I've inherited a poor memory from my mom.... but then again it was probably her age too! Man, just when we get to the good stuff we forget it! BUMMER!

This is a good set representative of the decade. Nicely done! "Light My Fire" was blocked, saying that the uploader had marked it unavailable in my country, which is the US, as far as I know. Wonder what the deal was?

Great picks. I love Fleetwood Mac and had forgotten how much I enjoy the Doors. I went through my Doors phase in about the mid 90s. LOL. I was in high school then.

Lots of great choices. Mom was too young for that music in the 60s, but she enjoys it as reruns.

What great albums, Athena and Mum. We especially love the Beatles' White Album. :)