Mewsic Moves Me Monday - Bands Beginning With A 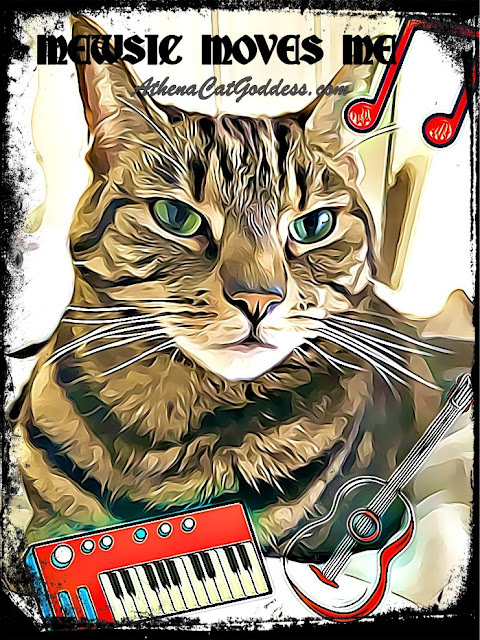 Today's Mewsic Monday doesn't have a theme and you can post what you want but we have decided to go with an alphabet theme for our own choices.

Today for us it's the letter A. Mum has picked these fab tunes from her past (mostly from her youthful 80s days).


ADAM AND THE ANTS - Kings of the Wild Frontier

From 1980, the time of the British New Romantic movement. Mum says it was great to be a teenager then because music was so exciting and fresh. She was too young to go the New Romantic clubs though.


A FLOCK OF SEAGULLS - I Ran

From 1982. More strange hair and outfits, but Mum says it was fun!

From 1986. Like ABBA, A-HA are a band from Scandinavia, but from Norway, not Sweden.

1982. This British band were very popular during the early 80s.


THE ANIMALS - House of the Rising Sun

This is from 1964. before Mum was born but she says it's a classic.

AURI - The Space Between

More recent times now (2017)  This is the side project of Nightwish keyboardist and songwriter Tuomas Holopainen, his wife Johanna Kurkela and Nightwish guitarist and pipe player Troy Donockley.

Edit
After compiling this post I realized that there's an animal theme running through Mum's choices as well as the A theme. She says it wasn't intentional. Such is her love of animals that it even comes out in her choice of music!

We are joining Curious As a Cathy for the Mewsic Moves Me Hop!


Athena Cat Goddess is a participant in the Amazon Services LLC Associates Program, an affiliate advertising program designed to provide a means to earn fees by linking to Amazon.com and affiliated sites.

The Animals' song is an old favourite. ♥ Flock of Seagulls was the only other one I recognized. Cool about the dual theme, alphabet and animals. ☺ Happy Monday!

My entry @ The Doglady's Den

A great choice of records!
Now I am giving my age away. I was 12 in the summer that House of the Rising Sun came out and my friend and I loved it so much! We would catch the small Cremyll Ferry over to Kingsand and go in the café where they had it on the jukebox and play it repeatedly before walking to Cawsand beach.It was so much safer back then for kids to be out alone, and my friend and I had wonderful times together. Sadly she passed from cancer last May.

I always look forward to your Nightwish song introduction and am equally thrilled to learn about some of the band members side gig. It's interesting I have not heard this Abba song 'Eagles' before now, so thanks for that share. I loved them back in the day! It's a shame they broke up. Have a boogietastic week, darlin' furriends!

Those were really good ones sweet Athena! The first A band that popped into the Dad's head was Atomic Rooster!

Love the tunes,Thanks for sharing.I did an eclectic set of tunes!

Super set of songs. I enjoyed them all. Very nice.

Happy Monday, Athena!! We love the set of songs that you shared. Our favorite is House of the Rising Sun. It's in a lot of our favorite movies. Thanks for sharing. Have a wonderful rest of your day.
World of Animals

These bands are all new-to-me but ABBA!

I love the graphic of you with headphones on Athena. Great choices, especially ABBA and Adam and the Ants. I would have added Aerosmith too :) XO

Great listing here my friend. I almost got up to dance. hahahaha That would've be disastrous for sure! hahaha But all great tunes to boogie too! YOU GOT THE FEELIN' MY FRIEND & HAVE A GREAT WEEK!

I recognize a few of those songs.

An A+ for all the songs that we all love, Athena and Marie😸Swinging Pawkisses for a Happy Wednesday🐾😽💞